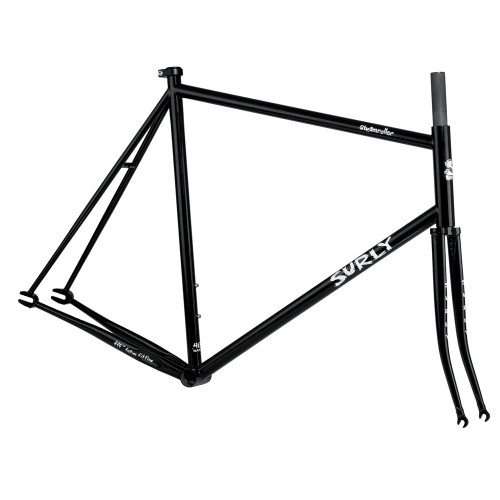 Steamroller is the bicycle in its simplest form. While it often gets compared to single speed track bikes, it’s much more than that. Built to excel on crumbling city streets, its beefy tire clearance makes it a great choice for minimalist commuters as well as dedicated winter commuters who know the havoc road salt wreaks on drivetrains.

As one of the first models we ever produced, Steamroller is truly like a member of the family. And we’re talking one we actually like, not your weird Uncle Norman who insists on showing you his magic tricks while always finding a way to ruin Thanksgiving.